It’s Day 2 of operations for the Safety Service Patrol in the I-84 Corridor and the service is showing its value as it cleared a three-vehicle crash quickly during Monday’s morning commute.

The crash happened during the peak drive time on eastbound I-84 near the Northside Blvd. Exit. Patrol driver Craig Parker came upon the crash shortly after it occurred and was the first on scene. 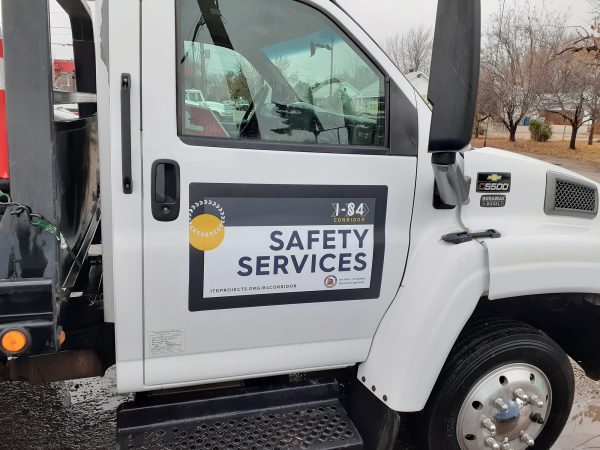 “Two of the three vehicles were able to drive off the highway and get to a safe location out of traffic,” said Parker. “I got the third attached to my tow truck and pulled it to the Jackson’s parking lot. ISP and a second tow truck were already waiting to take care of the rest of the incident.”

Thanks to the presence of the Patrol, traffic flow returned to normal quicker than normal. Parker says from crash to hand-off, the whole thing took less than an hour – the impact to the traveling public was even less than that.

“If this crash was treated normally, traffic would have been backed up for at least an hour and a half,” said ITD Emergency Response Manager Neal Murphy. “The time it would take for someone to contact law enforcement, then a tow company – the tow truck would have been stuck in traffic on the way to the crash – this was a perfect example of why we started the Safety Service Patrol.”

The Safety Service Patrol will operate Monday-Friday during the morning and evening commutes:

Disabled cars, trucks or motorcycles will be towed to the Jacksons parking lot near the Franklin Boulevard Interchange (1407 N. Franklin Blvd.). Motorists will be responsible to arrange to retrieve their vehicles within 24 hours.

Although the Safety Service Patrol will be out actively searching for disabled vehicles, drivers can still call 911 or *ISP in an emergency.

Idaho’s “Move Over” law requires drivers to move into the next lane for tow trucks, incident response vehicles and emergency personnel.