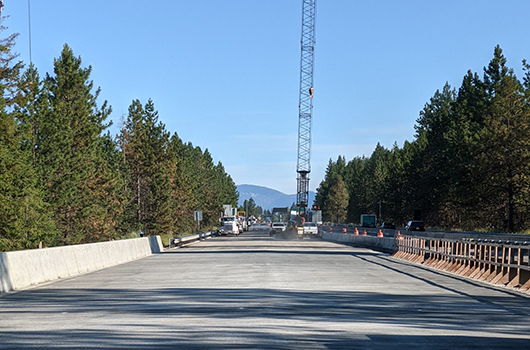 The ramp at Sherman Avenue to head west on Interstate 90 will close on Monday, July 13 to allow crews to replace the westbound bridge over Pennsylvania Avenue. The closure is expected to be in place for three months.

“We have finished the other bridge for eastbound travelers, and now it’s time to switch,” project manager Shannon Stein said. “After looking at the angles needed to merge traffic from the Sherman on-ramp and bring them over to the other side, we decided it was safest to close it.”

Motorists wishing to access westbound I-90 will be detoured to 15th Street. The current detour for the closure of Pennsylvania Avenue that sends drivers to Elm Street to cross underneath the interstate will remain in place.

For drivers traveling on I-90, the two lanes of traffic will be shifted from the westbound lanes to the eastbound lanes and the newly finished bridge. This shift will happen in stages on Friday morning and Monday morning.

Work began in March to ensure continued safe travel by replacing both bridges, which were built in 1960. Replacement of the final bridge is planned for completion in October.