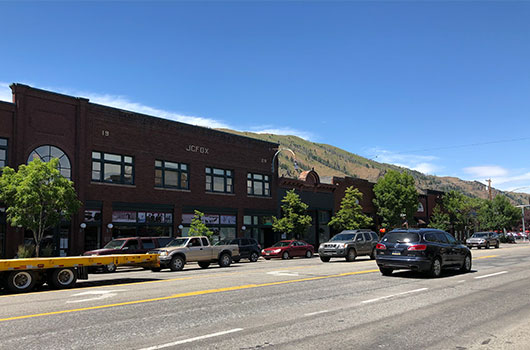 Next week, the Idaho Transportation Department (ITD) will begin a two-phase project on Idaho Highway 75 (Main Street) in Hailey between Fox Acres Road and Cobblestone Lane.

The first phase will begin Monday, May 3. Crews will update pedestrian ramps and crossings to meet Americans with Disabilities Act (ADA) standards. The second phase of the project, which is expected to begin in July, will rehabilitate the roadway.

“At this point in time, the weather is still too variable for us to work on the roadway,” ITD Project Manager Steve Hunter said. “Because of this, we will first address the ADA ramps and then move onto roadway construction later in the summer.”

Only one ramp per intersection will be constructed at a time to lessen impacts to pedestrians. No work is scheduled to occur on the pedestrian ramps or roadway during the July 4 holiday.

ITD will hold a public meeting ahead of the roadway rehabilitation to share with business owners and residents what can be expected during construction, which will last through the summer.

Knife River is the primary contractor on this $3.4 million project.