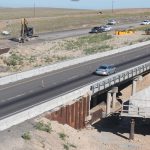 Normally, bridges moving is not something an engineer wants to see, but this weekend construction crews slid the first of two new bridges at the Interstate 84 Blacks Creek Interchange sixty feet into place — where it will stay for decades to come.

The slide-in-place maneuver was designed to minimize impacts to the heavily traveled Interstate. Crews construct the bulk of the new bridge right next to the existing structure. When ready, the old bridge is demolished and the replacement structure is slid into place.

“The driving force behind choosing a lateral bridge slide method was our focus on the people we serve and their ability to get where they need to go.” said Patrick Kelly, the ITD project manager overseeing the work. “We were able to keep lanes open during the entire bridge construction process. Once it was ready, we closed the eastbound lanes, demolished the old structure, pushed the new bridge into place, and are wrapping up construction on the adjacent roadway. In the end, we will have closed interstate lanes of traffic for weeks rather than months.”

The whole process, from demolition to reopening traffic, will take two to three weeks. Normal bridge replacements can take several months. With the new bridge in place, crews have just a few final items to complete, including work at the bridge abutments and repaving approaches.

To get the bridge from temporary footings to its permanent home, crews lay down Teflon pads and cover them with dish soap. Then, heavy machinery pushes and pulls the structure into place. It’s a surprisingly effective way to reduce friction and easily move the massive structure.

“Seeing how smoothly the bridge slid into place was very satisfying.” said Kelly. “It has been months of planning, preparation, and a lot of hard work to get to this point. The crews from Knife River have done a wonderful job and should be very proud of the work they’ve done.”

This method has been used before in the Gem State when, in 2014, the Lardo Bridge on ID-55 in McCall was replaced. There, as it is at Blacks Creek, the highway is an essential connection and lengthy disruptions are very impactful.

The second bridge for the westbound lanes has been constructed next to the old structure. Crews are currently finishing up the eastbound side of the interchange, including work on ramps and Blacks Creek Road. They will be ready to slide the westbound bridge into place in early August using the same method.

For more information about the project, visit ITDprojects.org/i-84-blacks-creek-interchange/. 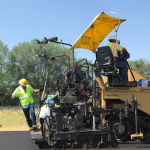 Efficient business practices and construction methods are occurring across the state. In this edition of ITD In Motion, Jennifer Gonzalez takes a look at three projects that aren’t just meeting ITD’s mission, but exceeding it. 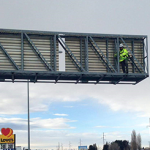 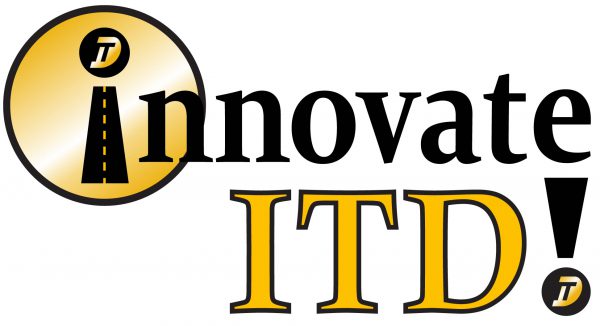