The Rockland Interchange repair is scheduled to begin in June and will consist of surface repairs, girder repairs, and the installation of a new waterproof membrane for the deck. Motorists should expect some delays.

The Sunbeam and Seagull Bay bridge repairs are scheduled to begin in early August. Both will undergo surface repairs and new concrete overlays. During construction, traffic will be moved to one side of the interstate via crossovers and slowed through the construction area. Motorists should expect some detours during this project.

The pavement preservation project will consist of a micro-seal application which is intended to extend the lifespan of the pavement. ITD currently plans to perform this work after the bridge repair projects are completed. The micro-seal application is scheduled to be completed by the end of September. During work there will be lane closures and reduced speeds in work zones.

Drivers are encouraged to check 511.idaho.gov or the 511 app for the latest updates on construction and road conditions. 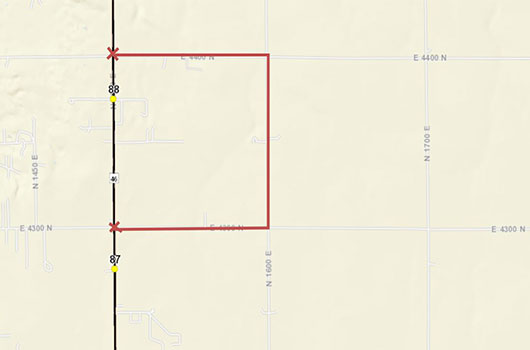 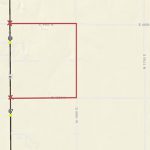 Work is expected to begin tomorrow (Tuesday, Dec. 1) on a culvert placement along Idaho Highway 46 north of Buhl from milepost 87 to 88. In addition to the culvert work, maintenance crews will also add material to the shoulder of the highway.

“This area currently has an open ditch with a steep slope,” ITD Foreman Phil Etchart said. “Adding a culvert will allow us to build out the shoulder which will help improve the safety of motorists by providing a buffer between the roadway and side vegetation.”

Adding material to shoulders also improves drainage and helps prevent moisture from seeping under the roadway and causing damage during freezing temperatures.

Signs will be in place to direct drivers through the detour. Motorists are encouraged to slow down and watch for flaggers and equipment in the area.

Work is expected to be complete within the week. 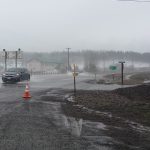 Flooding from spring runoff is causing water to run or pool on top of U.S Highway 95 and Idaho Highway 55 throughout the Central Mountains. The Idaho Transportation Department is urging motorists approaching these hazards to use caution.

Heavy rain and melting snow is causing isolated hazards in the Weiser, Payette, and Salmon Drainages. This includes the cities of Weiser, Council, New Meadows, McCall and Cascade. Hazards created by flooding may be pooling, erosion, mudslides, rockfall, and water running over the top of roadways. ITD crews are out in force mitigating these hazards with warning signs and, where possible, cleaning up debris. The Department reminds motorists who come upon these hazards to exercise caution.

“In most areas, the water is only a couple inches deep,” said ITD Foreman in Council, Robin Freeman. “But hitting that water at 55 MPH can mess up your vehicle. I’ve had one car already hit a puddle at high speed. It killed the engine and the car is stuck in the middle of the road.”

ITD is asking motorists to drive well and stay engaged. Be on the look out for warning signs or flaggers and obey directions to safely navigate these hazards. For roadway conditions and hazard warnings, check 511 and know before you go. 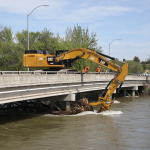 ITD crews in the Treasure Valley are on high alert around the clock as prolonged flooding sends debris down river, creating blockages on bridges.

Entire trees have been uprooted by Boise River flows that well exceed the average. Currently, the river is at 8800 cfs at the Glenwood St. measuring station. This brings the water level close to the bottom of the bridge. You can watch a video of crews clearing debris from the ID-52 bridge in Emmett below.

Increased debris and higher water levels create more hazards to bridges. Branches can catch on the supports or bridge girders, which can lead to a domino affect of accumulating debris. This debris can raise the river levels more and adds pressure to the bridge supports. Left unchecked, this could lead to catastrophic failure.

To combat this threat, ITD has crews monitoring the bridges. They routinely check for debris build up and signs of stress on the bridge. Several excavators are also parked by bridges, which can be used quickly to break up any build up.

By patrolling regularly and stationing equipment nearby for ready use, ITD is positioned to keep this year’s record flooding from causing disaster to our road system.