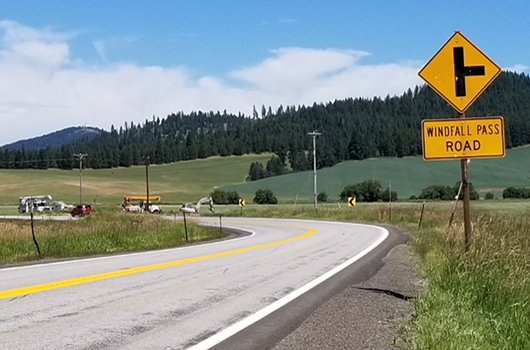 Safety improvements to US-95 near Plummer will begin this week, with work expected to be completed in October.

Two bridges over Moctileme Creek will be replaced, and US-95 at the intersection of Windfall Pass Road will be realigned.

During the initial phase of construction, two lanes will remain open as crews construct an additional lane to be used as the bridges are demolished and rebuilt, one half at a time.

Once the temporary lane is finished, crews will start removing part of the old bridges, and travelers should expect delays and alternating, one-way traffic through the work zone.

When crews are not on site, the highway will be open to two lanes.

A 2013 study previously identified the Windfall Pass Road area as the site of the most frequent and severe crashes in the northern five counties, and since then, ITD has been designing this project to make it easier for drivers to negotiate the curve and to access the intersecting road.

For the latest traffic impacts, check 511.