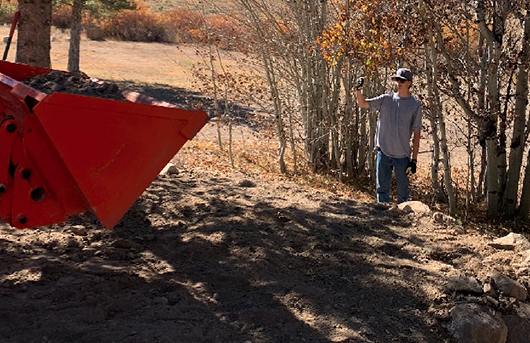 In mid-October 2022, 16-year-old Carter Hickey of Hailey (he’s part of Scout Troop 100 in Boise) completed an Eagle Scout project at the Smiley Creek Airstrip just over the Galena Pass in south-central Idaho, building a picnic pad area and campfire pit for the facility’s caretakers and the pilots camping there to use.

He had originally planned to build a picnic bench at the Indian Creek Airstrip with backcountry pilot, Galen Hanselman, but before he could do the project, Galen died from liver cancer. The cancer was caused by complications from Hepatitis A, which he had contracted many years before without knowing. 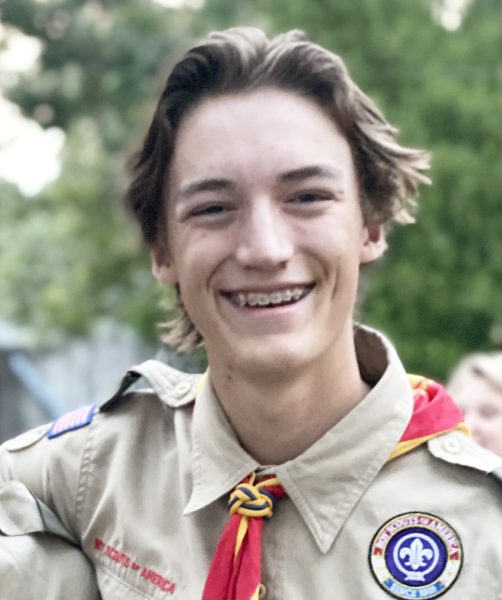 “I tried to continue the project in his name but couldn’t build where the Indian Creek Airstrip is located because it’s in a Wilderness area,” Hickey explained. “I wanted to stick with a project that would benefit backcountry pilots to honor Galen, so after being unable to build at Indian Creek, I decided on an airstrip closer to home that Galen used frequently – the Smiley Creek Airstrip.”

Hickey then reached out to Aero’s Airport Manager, Dan Conner toward the end of June 2022, and Carter and his father met on-site with Dan to share ideas on how to improve the airstrip.

Hickey prepared a detailed proposal for Conner on the project details and intent, an estimate on what supplies would be needed, the phases of the project, and the basic logistics needed to execute the project. It was approved by Conner, the scoutmaster of his troop, a project advisor, the troop’s committee members, and a representative from the counsel overseeing all the troops in the area.

Hickey then began the project. Most of the supplies needed were excess materials already at the airstrip, leaving Hickey to acquire the metal ring for the fire pit and other random supplies. The metal ring was graciously made and donated by a close family friend, Shay Doll, who welded the ring herself.

Hickey then ran up against another problem in early September – Mother Nature.

“Before I could begin the project, the Ross Creek wildfire started near the airstrip and it became inaccessible,” he explained. “The fire burned for a month and winter slowly grew closer, shortening the deadline for my project. Once travel to the airstrip was allowed again, it was closing in on mid-October and snow was forecast for the beginning of November. This forced me to reschedule rapidly and make some last-minute adjustments.”

Aero’s Sr. Utility Craftsman, Joe Fleck and his colleague, Mark Pfeifer, came to Smiley Creek on October 14 to start the project and help with the heavy loading for the pad. The next day, the Spring Family from his troop came up to Smiley Creek and helped finish the picnic pad and dig the campfire pit.

Thanks to Conner’s cooperation and flexibility, along with the help of the Spring Family, Hickey was able to complete the project on October 15! 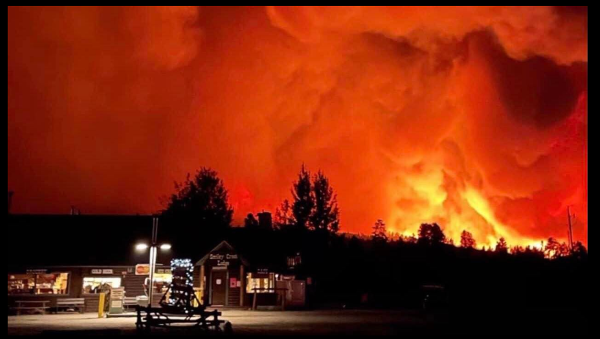 “The project was a great success and ran without any hiccups, despite the rushed timeline,” Hickey said. It also was finished just in time, as the week after the completion of the project, Smiley Creek got 6 inches of snow.

“I’m glad we were able to expedite the completion of the project before the ground froze which would have prolonged it until late spring,” Hickey said. I am thankful I was able to work with so many talented individuals who made this possible and to work on a project that follows the path Galen and I set out on,” he said.

Conner told Hickey, “I have no doubt that you will be back one day as a pilot yourself and will be using these very spots that you built and telling your kids the stories of how you did it.”