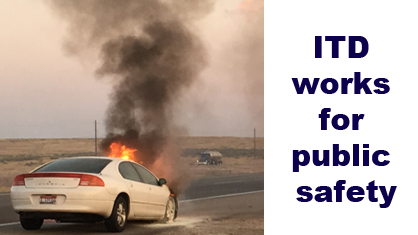 A few recent incidents highlight the safety role of Idaho Transportation Department workers in their everyday jobs, serving the citizens of Idaho. Here are a few of those stories:

Like cellphones, or most of us after a few late nights in a row, fire extinguishers need to be recharged periodically to be at their full potential. That was never more evident than the morning of August 7, as ITD Salmon Maintenance Foreman Jeff Eagle raced to an overturned vehicle on US-93 and a young girl screaming for help inside.

He was her only hope at the moment, but even as he ran, he had to wonder if his fire extinguisher would even work. 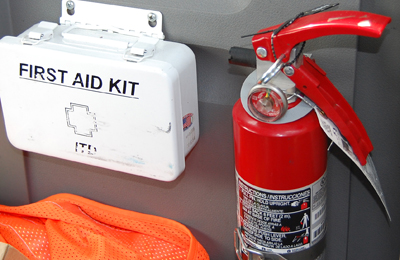 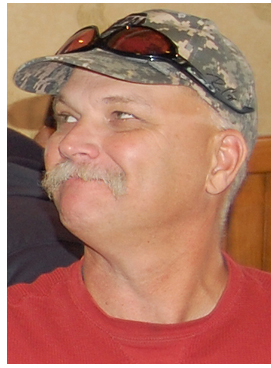 On that Tuesday morning, Jeff started the day thinking about a sign installation. On his way back to Salmon, however, he glanced in his rear view mirror and witnessed a car over-correcting as it went off the road a few hundred feet behind him. The car came back across the roadway, but luckily there was no oncoming traffic. The car rolled.

“It was the most violent vehicle rollover I have ever witnessed,” said Eagle. “It went airborne and rolled at least 5 or 6 times and landed on its side against a landowner’s fence in an irrigation ditch.”

Eagle stopped and turned around to help. As the first one on the scene, he called StateComm and asked for an ambulance and sheriff to assist.

“I knew it wasn’t going to be pretty when I ran to the vehicle. When I came upon the car, it was severely damaged and crushed. I couldn’t even tell what kind of car it was. What I saw next was horrifying. There was a young girl pinned under the rear axle of the car. She was awake but screaming. I tried to comfort her as well as I could.”

He then realized the engine was still running.

“I couldn’t believe there was still an engine left in the car. I had to shut the engine off before it caught fire. There was no one else involved in the wreck, so I tried to get my arm through the car window to shut off the engine. It was difficult and the key was bent, so my first attempt failed.”

With his adrenaline kicked in, the second attempt to turn the engine off was successful. “I was able to turn the key just enough to shut it off,” Eagle explained.

“I was somewhat relieved, but also knew it could still catch on fire from the hot engine. Then the second thought hit me.’ I HAVE NEVER CHECKED THE FIRE EXTINGUISHER IN MY ITD PICKUP TO SEE IF IT WAS STILL CHARGED.'”

“What would I have been able to do if the car would have caught on fire with that young girl pinned under it? Fortunately, it did not and my fire extinguisher was charged. What a break.”

“We have always been fairly good about checking the fire extinguishers in the buildings, but we need to be more diligent in checking the ones in the equipment and other vehicles in case we are put into this circumstance while doing our jobs.”

District 6 Safety Compliance Officer Ron Butler explained that fire extinguishers are checked annually and tested as needed. This year, we found six trucks, three loaders, and several pickups or cars with fire extinguishers that needed to be recharged. They had not been used, but had leaked off anyway.

“We try to get to all vehicles and buildings, but often miss a few because they are out on job sites, so check your extinguishers and if they don’t have a 2017 tag on them, change them out so you know you have a good working unit,” he added.

“It only takes a minute. It would not hurt to have a fire extinguisher in our personal vehicles also,” he said.

Note: Eagle said the girl didn’t have to be Life Flighted from the scene, thank goodness!

ITD Port of Entry inspectors from the East and West Boise facilities collaborated to put out a car fire at the port on Aug. 2, with help from a couple of truck drivers. 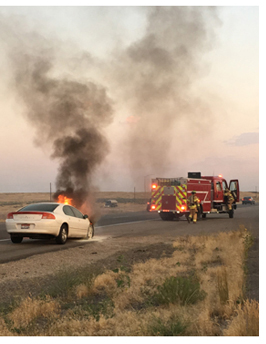 Inspector Kyle Perkins spotted a car on fire from the shoulder of Interstate 84 just past the East Boise Port of Entry, and alerted Port of Entry inspectors on the westbound side. Devin Dascenzo, April Jordan, and Jeff Butler. Inspector Scott Conrad was already in route to the car fire from the east port.

Jeff and Devin sat up cones to keep interstate traffic away from the shoulder without closing down a lane of traffic, and then helped the driver gather as many of his personal items from the car as possible. Once fire responders left the scene, port personnel made sure a tow truck was in route. 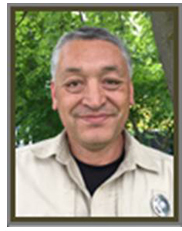 Chance Ah Yee, an ITD Port of Entry Inspector at the Huetter POE, noticed that a driver was slow in his response to questions. The driver was having real difficulty. Chance became concerned

The driver said that he had been sick for the past week and was feeling fatigued. To protect the traveling public and the driver, Chance ordered the driver to park his rig.

A month later the driver contacted the Huetter Port of Entry to thank Chance. The driver had suffered a stroke just one day after Ah Yee ordered the truck parked.

“Chance did a great job of sensing something was wrong and using his discretion to prevent a potential accident,” said ITD Compliance Manager Reymundo Rodriguez.