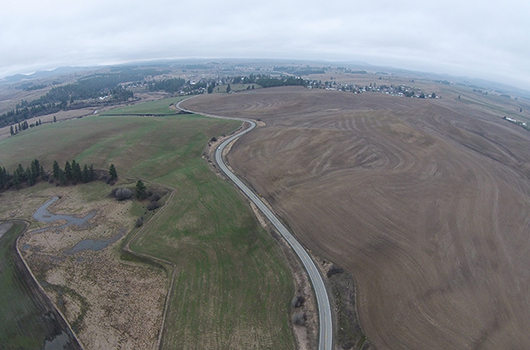 Starting next week, contractors will begin constructing temporary lanes for a project to replace a bridge and realign curves on one mile east of Potlatch on Idaho Highway 6.

Work will start near Gold Creek as crews build temporary lanes around the existing structure to be used during its replacement. These temporary lanes will be in place from late June until the bridge is completed in late October.

Once the temporary lanes are completed, crews will start moving dirt for realignment of the highway. Work will progress from town towards the bridge, with most earthwork occurring off the existing road.

Speed will be reduced during construction due to trucks entering and exiting the highway and the temporary alignment over Gold Creek. Flaggers will periodically reduce the highway to one lane. Two lanes will be open outside of work hours.

Work to widen a sharp curve in Potlatch will begin in early October.  Drivers should expect only one lane with flaggers during the day and two lanes with gravel surfaces during non-working hours.

Construction is set to be complete by the end of October. Learn more at itdprojects.org/id6potlatchcurves.