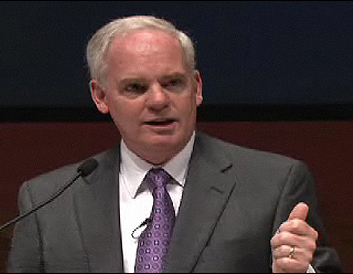 The Idaho State House and Senate recently recognized Idaho Transportation Department (ITD) Director Brian Ness by unanimously approving concurrent resolutions honoring his outstanding service to the State of Idaho and to its citizen taxpayers. Ness will retire in late May from ITD as the longest-serving director in the history of the department.

Ness and the organization were recognized for an innovative approach to management, creating an environment of accountability and transparency throughout the department that restored the trust of lawmakers. His stewardship of funding has led to many great accomplishments by employees throughout the state and made Idaho’s transportation system safer and more efficient.

Ness’ appreciation for employees has been felt throughout the department. He consistently gives employees the ability to make good decisions where they work, saving time and tax dollars. The director annually traveled the state to visit frontline ITD employees to hear about local issues affecting them and their communities.

Under Ness, ITD has earned more AASHTO President’s Transportation Awards than any state in the country — 20 of them during his time as director. The AASHTO Awards, from the American Association of State Highway and Transportation Officials, are considered the top honor that any department of transportation can achieve, and shows that Idaho stacks up favorably on the national scene.

The resolution honoring director Ness and the department was approved unanimously by the Idaho House and Senate, recognizing a job well done that will set a new standard for public service.

Watch the House and Senate proceedings. The comments made by legislators during these sessions are especially telling, and really get to the heart of why Director Ness has set the bar high and why ITD is on an upward path!