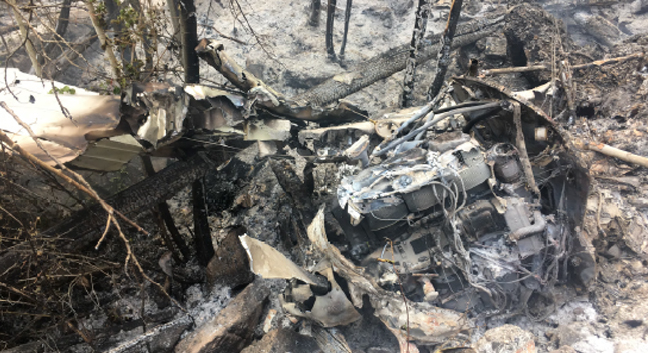 On Aug. 17, the quick thinking and decisive action of Division of Aeronautics Search-and-Rescue Coordinator Jim Hinen resulted in two lives being saved. Hinen was responding to a near-fatal crash near the Middle Fork of the Salmon River.

Bill Sperling and his friend, Tom, crashed around midday in the heavily wooded area northeast of McCall as they flew out after breakfast that morning at the Flying B Ranch. A second plane, flying nearby, said he saw Sperling’s Cessna 182 try to climb out of the canyon, struggle to do so, then crashed as he attempted to turn back.

When the Emergency Locator Transmitter (ELT) was activated by the crash, Hinen was involved as the SAR Coordinator for Aeronautics. 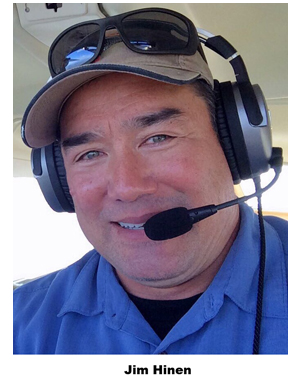 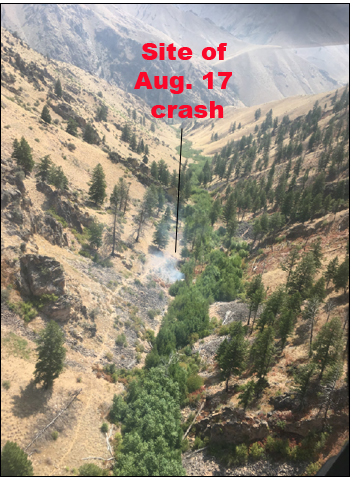 “During the summer when the temperature gets hot at high altitudes, aircraft performance is degraded,” Hinen explained. “There is a higher-density altitude.”

“Pilots should be checking aircraft performance charts during preflight to determine if they have enough power available to take off and climb out. ”

They were taken to University of Utah’s burn center in Salt Lake City to recover from second- and third-degree burns sustained in the crash. The response happened within two hours of the crash, likely preventing much different outcome.

“Due to the quick response by Jim, both pilot and passenger are expected to recover,” explained Idaho Aeronautics Administrator Mike Pape.

The Krassel Helitac Crew of McCall performed an emergency short-haul mission to extract one of those involved in the crash who would not otherwise have been able to receive further treatment.

“Short-hauls are when we secure one of our medical providers at the end of a rope who in turn secures the patient,” wrote Anthony Botello, District Ranger with the Krassel Ranger District of the Payette National Forest. “Once secure, both our responder and the patient are hauled under the helicopter at the end of the rope to a place where Life Flight or other responders can take over.”

The Forest Service only has a handful of crews in the nation that are trained and capable of performing short-haul missions.

It is believed to be the first-ever short haul of a member of the public by a Forest Service helicopter and crew.

“Fortunately, the people all survived,” said Hinen. “It doesn’t always work out that way.”