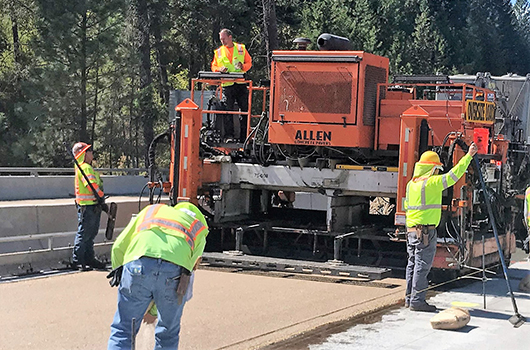 Starting Tuesday, September 8, work to resurface the interstate from Blue Creek Bay to the bottom of the Fourth of July Pass will once again extend the existing work zone at the bridges over the bay.

“The pavement on this section of I-90 is in poor condition,” said Kyle Schrader, the project manager for paving. “We were able to shift some tasks to nighttime hours and get the ramps done, so this time drivers will only need to plan for a longer work zone and not ramp closures.”

The paving project is expected to last two weeks, and crews on the bridge project will be working to install temporary joints and finish the driving surface until late September.

“We know construction has impacted many travelers on their way to the river or lake, so we’d like to let everyone know that we are in the final stages of work planned for this year,” said Ryan Hawkins, the project manager for the bridge repairs.

A follow-up project to replace the temporary joints with permanent joints has not been programmed yet but is expected in the next few years.