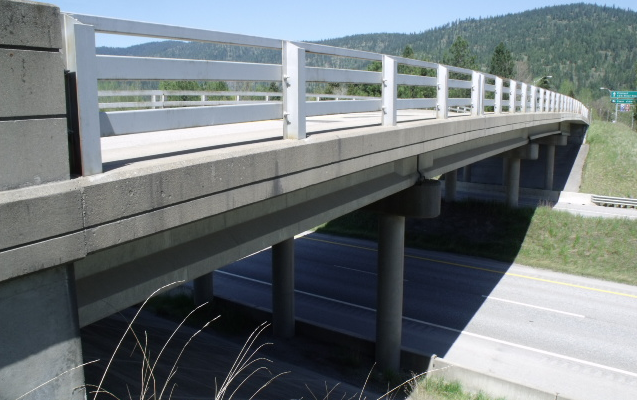 Work will begin Monday, Feb. 26 to replace the bridge over Interstate 90 near Kingston, 30 miles east of Coeur d’Alene. This is one of several projects throughout the north Idaho region aimed at extending the service lives of aging local bridges, benefitting the safety and mobility of drivers.

Construction to replace the old Kingston bridge—built in 1967—will be completed by December.

To replace the bridge, the existing structure will be demolished and rebuilt in two phases — the first phase will begin in mid-March, and the second-phase will begin in mid-June. Traffic will be reduced to one lane in each direction and detoured onto the on and off ramps during the scheduled nighttime demolitions. Closures for demolitions will be limited to a total of 10 nights.

ITD anticipates intermittent lane closures during the day throughout construction. Travelers are required to reduce speeds but should not expect delays.

Concrete Placing Company is the primary contractor on this $7.6 million project.

Other bridgework and replacement projects scheduled for construction this season include:

Bridge projects in the district total approximately $45.3 million this year.

For construction updates on this project and other scheduled improvements, check 511.idaho.gov.