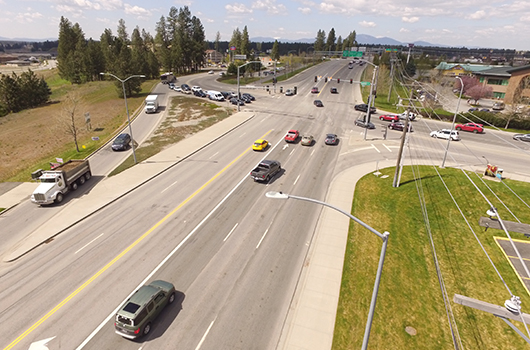 Crews are expected on site from 9 p.m. to 7 a.m. to replace controllers and detection devices. Work will start Monday night (June 8) and could take up to three nights.

Traffic will not be impacted during the day, but at night the signals will go into flash mode and should be treated as four-way stops. Lane closures will be in place at Ironwood Drive on Tuesday night as additional upgrades require that the signal be temporarily turned off.

Upgrades are funded by the city, ignite cda, and the Idaho Transportation Department (ITD).

“While the state-owned signals shared similar technology and thus were synchronized with each other, they were not compatible with other city-owned signals in the corridor that run on different technology,” City Engineer Chris Bosley said. “With this project, all of the signals will operate on the same technology and provide us with control from our signal shop. Eventually, we will have a coordinated traffic signal corridor from downtown to the prairie.”

Funding for this project came from an agreement that was finalized in 2019. As part of the agreement, the city assumes control of the six existing signals with $175,000 from ITD to upgrade them.

“ITD traditionally manages signals near freeways to ensure that they operate without interruption, but in this case, it made sense to partner with the city and improve traffic flow on the state and local system,” ITD Engineering Manager Marvin Fenn said.