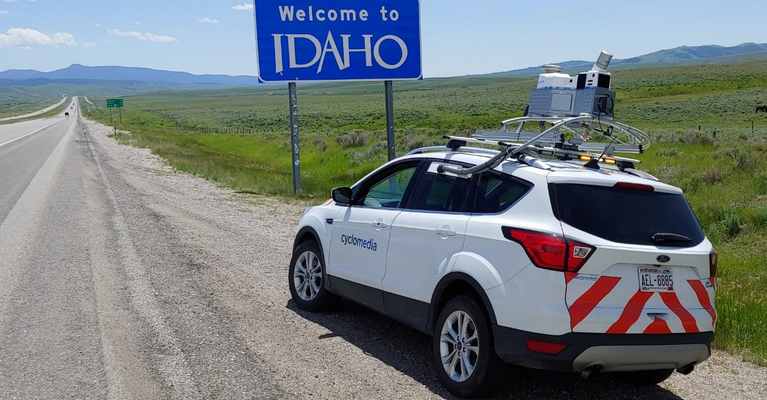 Until recently, the components of Idaho’s 12,000-lane-mile state highway system were largely unknown and unaccounted for. In a highly collaborative effort, spearheaded by GIS Analyst Nik Sterbentz in District 5 (southeast Idaho region), those components, or assets, were digitally recorded and catalogued statewide, making for a consistent, efficient, and repeatable process—a technological game-changer for ITD.

“Basically, before SWAAI (Statewide Asset Attribute Inventory), ITD simply didn’t have inventories of its key highway assets,” Sterbentz explained.  In order to be accountable to taxpayers and those doling out funding and resources, that needed to change. As Sterbentz notes, “it opens the door on a multitude of possibilities for ITD to do better business.”

Prior to the project, ITD lacked reliable comprehensive data inventories of nearly all its key highway assets, including signs, guardrails, ADA ramps, sidewalks, and vertical clearance, to name a few. Without reliable information, a data-driven approach to decision-making was frequently impossible, resulting in rushed, anecdotal, costly ad hoc solutions.

So, over the course of about eight months starting in 2020, ITD sought to remedy that shortcoming.

The result of nearly two years of project planning and need-gathering discussions across the district and HQ offices, ITD selected Cyclomedia Technology to gather mobile LiDAR (Light Detection and Ranging) and roadway imagery in Summer 2020. Utilizing automated technology, Cyclomedia was able to rapidly return the asset data according to ITD’s specifications by March 2021.

Now, ITD staff across the organization as well as ITD partners can make use of not only the extracted asset inventories (nearly 700,000 individual GIS features) but also 360-degree panoramic roadway imagery with underlying LiDAR, ensuring measurement accuracy to under an inch at any point along Idaho’s highways.

The SWAAI not only solves the current problem, but also sets ITD on a good course.

“It’s an opportunity for ITD to identify and implement numerous new, innovative practices and build on its legacy while proving its willingness to be open to revolutionary new improvements,” Sterbentz said.