The Idaho Transportation Department’s ongoing innovation initiative, now in its fourth year, has already shown some impressive results. The program has so far saved Idaho taxpayers $5.1 million in efficiencies that are applied directly back into maintenance and repair of the state’s roads and bridges. Along the way, the innovations have improved customer service, enhanced mobility, and directly impacted safety for highway workers and the traveling public.

“It is so exciting to celebrate every employee’s efforts to make things just a little bit safer or better in some way,” said ITD Chief Administrative Officer Charlene McArthur. “Recognizing the spirit of innovation in every employee is what Innovate ITD! is about.

* The savings in time and money are being used to maintain roads and bridges and provide better customer service. 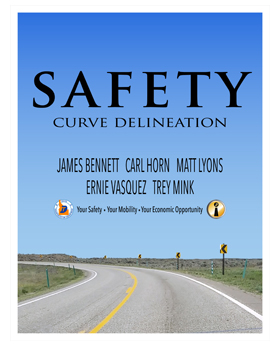 SAFETY
For the safety category, ITD’s south-central Idaho office began by improving the nighttime visibility of delineator posts. Safety can be dicey on Idaho’s many rural roads.

On tight turns, you might see a series of yellow signs with black chevrons warning drivers, or a row of standard markers or reflectors showing a hazard ahead. In some locations, that’s not always enough.

D4’s James Bennett created a low-cost option to assist drivers in recognizing the change in direction of travel. A series of these posts can be installed within a couple hours. 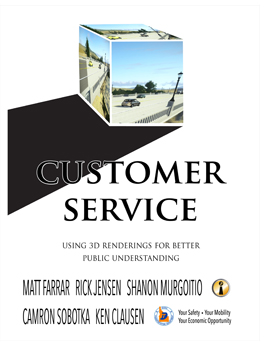 ITD is using new technology to help the public and stakeholders better grasp complex bridge replacements, visualize what ITD is trying to accomplish, and understand how the new bridges will fit into the town’s aesthetics or existing environment.

Having a 3D visual makes it come to life for people, and helps reduce controversy by clearing up misunderstandings. 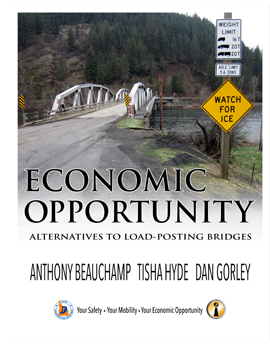 The winner is an idea to provide alternatives to load-posting bridges.

An innovation developed by ITD Bridge Asset Management provides local bridge owners with options when faced with deterioration, so a particular bridge can remain open and unrestricted to legal vehicle loads, rather than simply giving load-posting requirements.

The goal is to keep local bridges open and unrestricted to vehicle traffic, which supports ITD’s mission. It improves the lives of Idaho citizens by safely ensuring mobility is uninterrupted and business can transport goods and services in less time. 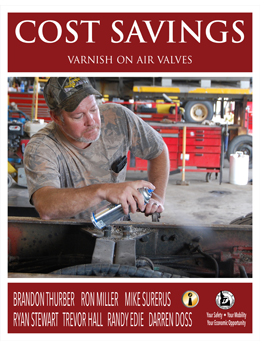 One day they discovered that spraying the components with varnish preserved the metal, reducing corrosion and replacement costs.

MOBILITY
In this category, the 2017 winner was magnetic. 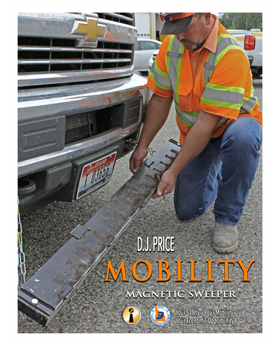 A simple idea out of the south-central Idaho office could help prevent flat tires with a giant magnetic sweeper bar mounted to a patrol vehicle. Best of all, the innovation will help both the general driving public AND department employees.

D.J. Price of D4 got the idea when looking at the punctured casings of several blown tires about 100 yards away from a mess of nails on the road.

ITD trucks were a logical choice – they are already out on the road. 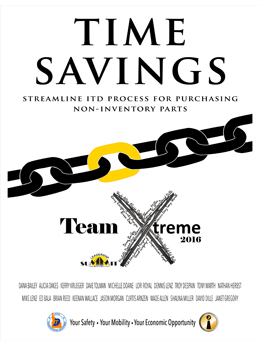 TIME SAVINGS
The 2017 winner is an innovation to streamline purchases.

Step into the typical ITD shed and you’ll find hundreds of tools, parts, and pieces of equipment. Staying on top of that list can be a logistical nightmare.

So, an ITD team worked on solutions to streamline the process. They created standardized digital forms with some auto-fill fields and drop-down menus to speed up the process. They also found it made sense to open up the approval process. Only orders more than $10,000 need to be approved by a supervisor.

With a new protocol in place and vending machines for supplies getting installed across the state, the solution is on track to save thousands of labor hours. 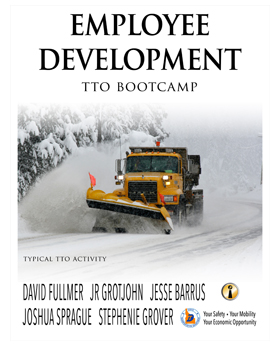 Already seeing an influx of new Transportation Techs and anticipating even more in coming years, ITD’s eastern Idaho office developed a “TTO Boot Camp” to get new employees trained on the basic elements of the maintenance program and acclimated to a career at ITD. Having consistent training across each regional foreman area also gave these newcomers a kick start to their development and effectiveness. To ease the on-boarding process, the department also paired a mentor with the new employees.

ITD is providing a higher level of service to employees, and those skills can then be applied to service to the public on roadways.

Those are ITD’s 2017 Best of the Best winners, showcasing how innovative thinking can improve products and services and make the most of taxpayer funds.