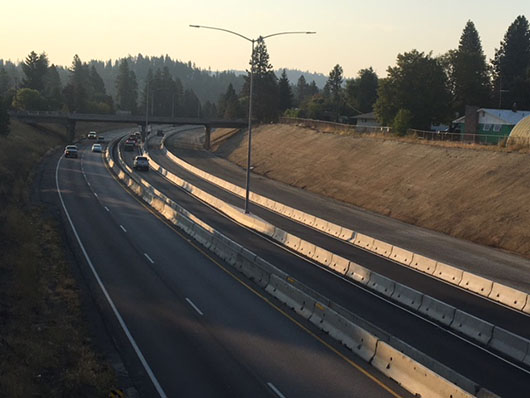 Drivers who travel through the work zone on Interstate 90 in Coeur d’Alene are advised to pay extra attention as traffic impacts are scheduled to change Saturday night (Sept. 15), depending on weather conditions.

Two lanes will stay open in each direction. Traffic impacts will be similar to those from earlier this summer: through traffic should use the left lane, and drivers who need to exit must use the right lane. Westbound lanes will be divided near the 15th Street on ramp by concrete barrier, after which drivers will not be able to change lanes.

This is the final major traffic shift planned for the project, which will lower the roadway by two feet and eliminate the need for over-height trucks to be detoured around bridges on the interstate.