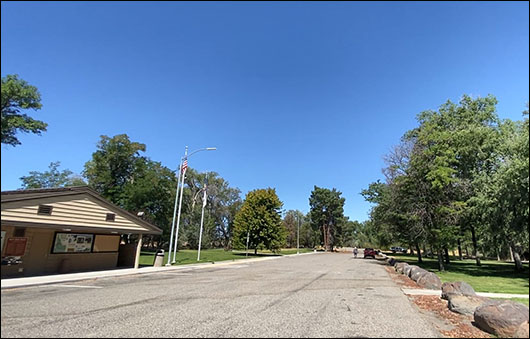 Due to a recent string of vandalism, the Idaho Transportation Department (ITD) has closed the Hagerman Rest Area until further notice.  Within the last month, three separate incidents have resulted in substantial damage to the facility located south of Hagerman on US-30.

“Our toilets, sinks and mirrors have been both stolen and destroyed beyond repair in the men’s and family assistance restrooms,” said Shawn Webb, ITD’s South-Central Idaho Facility Manager. “While we don’t yet know the exact cost of this damage, we know it will be thousands of dollars to repair.”

The lawn was also damaged after a vehicle drove on the grass and destroyed landscaping.

“Our crews work hard to maintain the rest areas provided for convenience to the public,” stated Webb. “When we have not only one, but multiple incidents such as this, it is very disheartening.”

ITD is exploring the possibility of placing portable toilets in the area to offset the negative impacts this vandalism and subsequent closure have caused to the traveling public.

ITD is working with the Gooding County Sheriff’s Office, which is investigating these incidents.