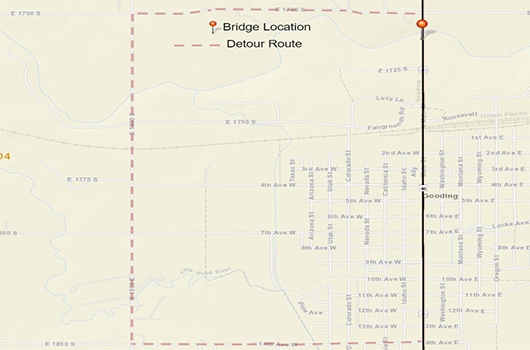 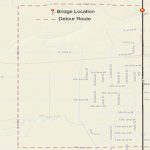 Work began earlier this week to replace the bridge over Big Wood River at milepost 112.9 on State Highway 46 north of Gooding. Built in 1947, the current structure has reached the end of its service life.

“We will raise the height of the new bridge approximately 3.5 feet,” ITD Project Manager Tom Logan said. “The additional height will allow for more flood water to pass underneath the structure.”

The new bridge will also be both wider and longer to increase mobility and safety.

Initial work will first include setup of traffic control and then demolition of a portion of the old bridge. While work is underway, traffic will be reduced to a single lane. Temporary traffic signals will be in place to direct motorists throughout the duration of the project.

Short-term closures of SH-46 will also be required for different portions of the project to allow for crews to safely complete various stages of work. When these closures occur, signs will be in place to direct motorists through a detour route. Approximately four closures are anticipated throughout construction.

Cannon Builders of Idaho are the primary contractor on this replacement project that is expected to be complete this fall. 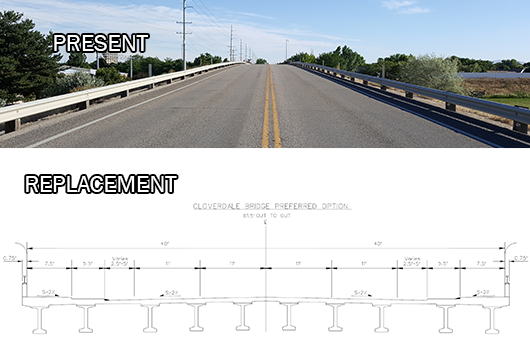 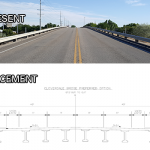 The Ada County Highway District Board of Commissioners voted unanimously to support ITD’s plan to replace the Cloverdale Road bridge over Interstate 84.

The concurrence provides a unified front for ACHD and ITD on how best to address this emergency. The Idaho Transportation Board passed a resolution last week to replace the Cloverdale bridge with a $6-8 million structure.

ITD and ACHD developed a preliminary design for the replacement bridge that will match the county highway district’s long-range plans for Cloverdale Road. ITD District 3 Engineer Amy Revis presented this plan to the ACHD Board on Wednesday. It includes four 11-foot travel lanes, a 5.5-foot raised bike lane, and a 7.5-foot sidewalk.

“I am grateful for the full support of the ACHD Board of Commissioners,” said Revis. “The collaboration between our agencies will help create a bridge that will serve this area well for many years to come. I ask the public to exercise patience as we construct these needed improvements.”

ITD engineers have already been gathering information needed for designing the replacement bridge. When a design is complete, the department will seek bids from contractors to construct the bridge.

The old bridge will remain closed until the new bridge is complete, which is expected to take 12 months. ITD closed the Cloverdale bridge due to extensive damage caused by a fatal crash Saturday, June 16.

The replacement will not include on- or off-ramps to I-84. ITD’s goal is to reopen the important crossing point at Cloverdale quickly. The study and analysis of adding ramps and alternative actions in the area would greatly delay that goal.