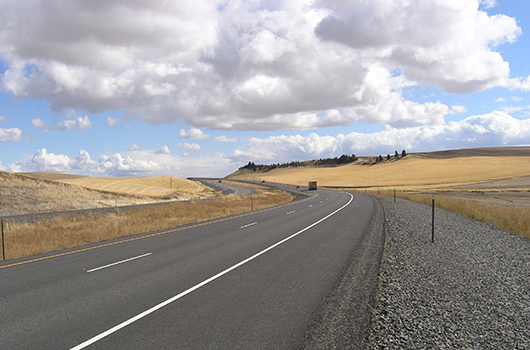 The picture above shows four lanes of US-95 between Thorncreek Road and Genesee.

The U.S. Court of Appeals for the Ninth Circuit ruled in favor of the Idaho Transportation Department and the Federal Highway Administration on December 7 during the latest appeal about US-95 expansion south of Moscow.

Per the decision, ITD will finish right-of-way acquisition and submit a permit application regarding wetland mitigation to the U.S. Army Corps of Engineers. After those two steps, the project can be put out to bid for construction.

Work could begin as early as late summer 2019. Project details can be found online at us95thorncreek.com.

In January 2018, the Paradise Ridge Defense Coalition appealed an August 2017 ruling from the U.S. District Court for Idaho that found the two agencies appropriately followed the environmental process during the development of the project between Thorncreek Road and Moscow.