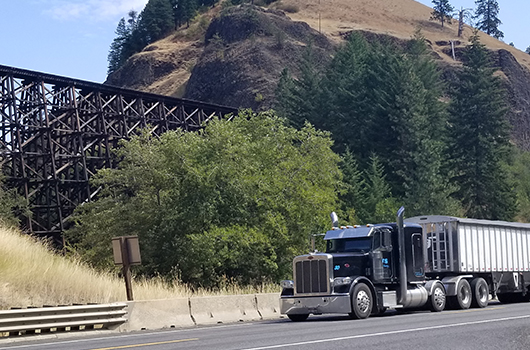 Update as of May 11: The blast has been rescheduled for next week. Up to three blasts are expected in the next two weeks, with each lasting up to one hour.

The first blast of the season is expected to close U.S. Highway 95 south of Culdesac for up to one hour starting 6 p.m. on Wednesday.

Blasting this spring will make room for a new passing lane for southbound drivers. Blasts will generally be timed to avoid peak travel times and require a one-hour closure.

“We are expecting more blasting this month, but the schedule will be sporadic,” Resident Engineer Curtis Arnzen said. “Generally, there will be less blasting this year compared to previous work in the canyon.”

Construction this year will add 2.3 miles of passing lane and is part of a series of projects to add an 11-mile passing lane in Culdesac Canyon.

Crews will also replace the culvert for Rock Creek. For most of construction, drivers can expect all existing lanes to remain open. The contractor may reduce the highway to one lane at night.

Drivers should pay attention to signs in the work zone to learn about the timing of the next blast or check 511.idaho.gov. Work is scheduled to end by early November.