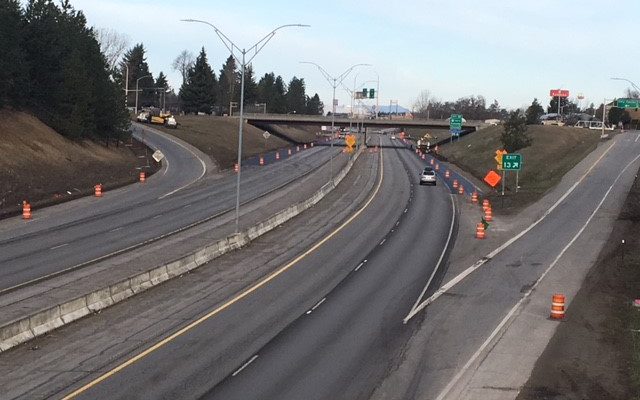 Daytime construction work on Interstate 90 between Northwest Boulevard and Ninth Street will begin on Monday, April 9. Construction will last until October.

This project will resurface the interstate, increase height clearances of the bridges and improve traveler safety with new guardrail, signs and lighting.

Two lanes will remain open in each direction, but commuters can expect speed reductions and narrow lanes.

Later this season, there will be intermittent ramp closures during the day and at night as crews work on the shoulders and repave several ramps along the interstate, including those at Northwest Boulevard and Fourth Street. The surface of the westbound Centennial Bridge will also be repaired.

Crews will work at night, during the day and most Saturdays throughout the project. Ramp closures will be announced through roadside signs, 511 and a weekly e-newsletter.

Interstate Concrete and Asphalt will perform the work for $23.5 million.

To subscribe to the newsletter on construction impacts in the Coeur d’Alene area, contact Megan Sausser at Megan.Sausser@itd.idaho.gov.