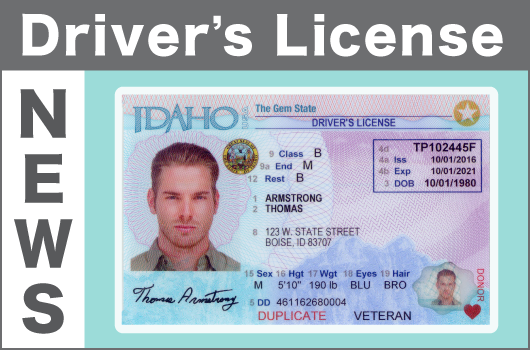 One year ahead of the federally-mandated deadline, the DMV continues to raise awareness of the importance of obtaining a Star Card, Idaho’s Real ID. Without a star on a driver’s license after October 1, 2020, citizens won’t be able to board a plane or enter a federal facility.

The Department of Homeland Security will require a Star Card, or other approved credential such as a passport or military ID, to get through security at airports, federal buildings and military bases.

“Idahoans must have a passport or the Star Card in order to board a plane after October 1, 2020, and I strongly encourage everyone to get their Star Card with plenty of time ahead of the deadline,” Governor Brad Little said. “The last thing we want is for someone to miss an important trip because they don’t have the necessary identification to board their flight.”

Over the past year, the DMV has highlighted this important deadline as part of its multi-faceted campaign consisting of videos, presentations, advertising and social media. Campaign messages focus on the Star Card being your “license to fly” and getting it now so “you don’t get left behind.”

A new campaign kicks off this fall and is a partnership with Boise State University, Idaho State University and the University of Idaho. It features mascots of all three schools at airport security with a Star Card in hand ahead of the deadline—and encourages Idahoans to plan ahead.

In addition, a two-week media tour kicks off Oct. 1, with DMV representatives traveling to offices statewide and promoting the Star Card through media appearances and informal press events.

The goal remains the same–ensuring all Idahoans are aware that while getting a Star Card isn’t mandatory, without it, you’ll have to provide a passport or other form of ID for travel in and out of Idaho and beyond.

“We are pleased more Idahoans are getting the Star Card, and the DMV wants to keep building on that momentum,” said DMV Division Administrator Alberto Gonzalez. “October 1, 2020 will be here before you know it, so planning ahead is crucial.”

For more information about the required documents to obtain a Star Card at county DMV offices, please visit itd.idaho.gov/starcard and click on the “Add the Star” tool.