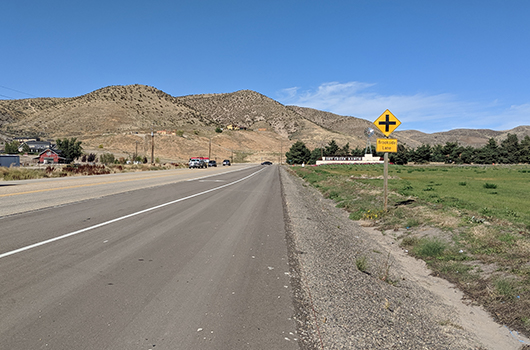 The Idaho Transportation Department has approved construction of a interim traffic signal at the intersection of Idaho Highway 55 and Brookside Lane to accomodate the Dry Creek Ranch development.

The signal, which will be paid for by the developer Boise Hunter Homes (BHH), is the next step in the development of Dry Creek Ranch. The Department is permitting this signal for the time being to accommodate the vehicles accessing Brookside Lane currently and in the near future. As the development continues to grow, ITD is requiring BHH to construct additional improvements and remove the signal. A similar agreement is in place for the Avimor development to the north.

“ITD’s long-range vision for this section of ID-55 requires the corridor to be free of signals north of Beacon Light,” said Amy Revis, District Engineer of ITD’s Southwest Idaho offices. “We often phase implementation of improvements to meet current and near-term traffic demand, allowing the development to generate revenues which can fund the ultimate mitigation improvements.”

ITD has an agreement with BHH and Ada County that improvements to ID-55 must be constructed at certain stages of growth. This is measured by the number of trips into the development during the evening rush hour. ITD collects the trip data annually. Currently, there are 100 trips per hour.

With the approval from ITD, BHH is now cleared to construct the signal. No exact timeline for construction has been provided to the Department.

ITD collaborates with developers and local governments to find balanced solutions that achieve the Department’s mission of “Your Safety. Your Mobility. Your Economic Opportunity.”