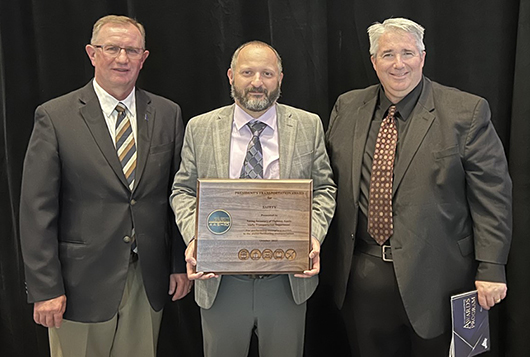 The Statewide Asset Attribute Inventory (SWAAI) program for Idaho highways, an effort spearheaded by D5’s GIS Analyst Nik Sterbentz with collaboration from ITD districts across the Gem State, received the AASHTO President’s Transportation Award in the Safety category Saturday, Oct. 22 at the group’s annual conference. Previously, the components of Idaho’s 12,300-lane-mile state highway system were not inventoried in a convenient, central system. The SWAAI not only solves the current problem, but also sets ITD on a great course for the future. 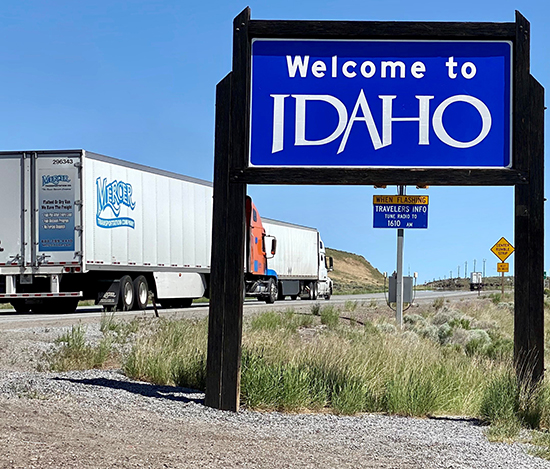 It marks the third time since 1997 that Idaho has won the safety award from AASHTO (American Association of State Highway Transportation Officials) – the national group that oversees all state departments of transportation across the country. Since safety is one of ITD’s top priorities, the acknowledgement is especially gratifying.

“Winning this award in the Safety category is a great reflection of the constant value that safety is to each of us at ITD, and how each of us can contribute to the advancement of safety wherever it is we serve,” ITD Director Scott Stokes said. “This is who we are.”

“It’s an opportunity for ITD to identify and implement numerous new, innovative practices and build on its legacy while proving its willingness to be open to revolutionary new improvements,” Sterbentz (pictured below) said about the SWAAI project. 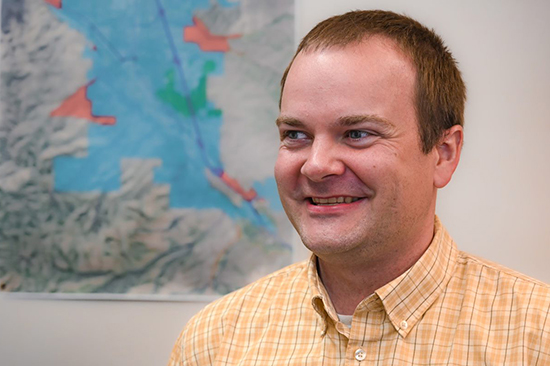 To view the project, visit: https://swaai-iplan.hub.arcgis.com/