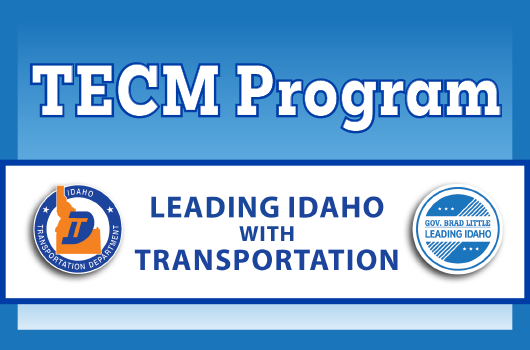 Leading Idaho funding supplied 100% of project costs, to the tune of $1.6M.

The project began in September 2021 and finished in late July. It was managed by local airport officials and Idaho’s Division of Aeronautics. The airfield at Malad City is one of 48 community airports statewide that are managed by Aero, which is part of the Idaho Transportation Department.

Malad’s City Airport was at the top of the list for funding due to a runway that only scored a 37 (of 100) in the most recent Pavement Condition Index (PCI) – a rating that translated to “Very Poor.” The PCI is the primary rating tool to determine the level of pavement distress and subsequent need for improvement.

The Malad City Airport is just the first of many small community airports across the state that will utilize these Leading Idaho funds to tackle needed repairs.

“A huge thank you to Governor Little for his Leading Idaho Grant and for the State of Idaho Aeronautics for trusting in Oneida County – Malad Airport with the grant funds to rebuild our runway,” said Malad City Airport Office Manager Roxanne Albretsen.  “We are beyond grateful and will maintain and keep it in beautiful condition for years to come!”

Airport Board member Mike Hess, in comments made to the local newspaper, The Idaho Enterprise, said the biggest beneficiaries of the runway improvement would include “Life Flight first and foremost; saving lives as Malad relies on medical transport in many life-threatening cases.”

Without a well-maintained runway, critical patients must be taken by ambulance to the nearest trauma center, which can often make a significant difference in their medical intervention.

Hess continued, “Firefighting would be next. Almost every year the Forest Service will set up a fire-fighting base there.”

This year’s fire season has not been as extreme as last year’s, but the recent Lemhi County and Yosemite fires suggest the season may have quite a few surprises left, especially as high temperatures and winds are in the forecast for much of August.

Hess also mentioned some less-visible benefits.  “Each year, Agricultural spray planes base their operations at the airport for the local agricultural community. There were over 2,200 landings here last year.  Many of these will take the Courtesy Car into town and buy lottery tickets and a meal. Many people fly in for other business purposes and/or family visits. Many visitors are flying cross-country and stop to purchase gas, which benefits the county.

The Idaho Department of Commerce has indicated that having a community with rail service, freeway access and an airport are three of the most important considerations new businesses look for when selecting a site.”

As part of Governor Little’s “Leading Idaho” initiative, the 2021 Idaho Legislature dedicated $126 million of one-time funds from Idaho’s budget surplus to transportation projects statewide. The funds were split 60/40 between ITD and local jurisdictions. Construction on this project is paid for with ITD’s portion of the funds that will accelerate projects to replace bridges, restore pavements, and improve mobility in communities across Idaho.