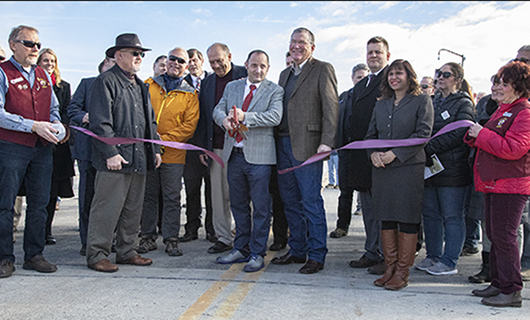 Three years after negotiations began, and 11 years after District 5 first mentioned the need for a new interchange at the location, the new Northgate Interchange opened to traffic on Dec. 6. It was fueled by a unique public-private partnership that brought the Interstate 15 interchange to reality at least two decades sooner than anticipated.

The collaboration of developers, cities, county, and many many other agencies and parties is a first of its kind for Idaho. While planning and design took time to develop, construction lasted just a year.

Watch the video here from the Grand Opening celebration.

“The project was a celebration of great relationships built and excitement from the community,” said ITD Project Manager Greydon Wright.

“We are excited to see what this new interchange helps bring to the communities,” said Wright. “Thank you to everyone who helped and participated throughout this journey.”

The total project, which provides a new entrance to northeast Pocatello and adjacent Chubbuck, represents an investment of roughly $31 million, including connecting roads and infrastructure.