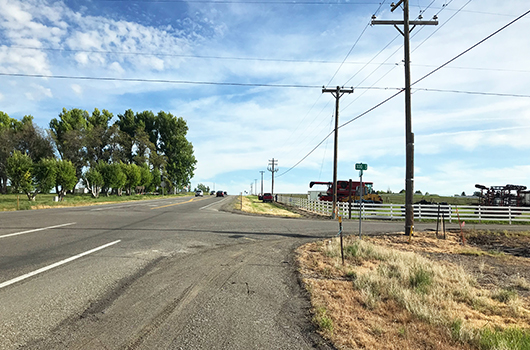 The Idaho Transportation Department (ITD) will host a public open house for the US-93, 300 South Rd. project Thursday, June 6 at the Idaho Fish and Game, Magic Valley Regional Office, at 324 South 417 East in Jerome.

ITD plans to expand the existing two-lane highway to four lanes with a center median and turn bays. The public is invited to review the proposed improvements and discuss details with the project team. The meeting will be held in an open house format; meaning the public can drop by anytime between 5 p.m. and 7 p.m.

The US-93, 300 South Rd. is the fourth and final segment of overall corridor improvements developed as part of the US-93, I-84 to SH-25 Jerome County Environmental Assessment (EA). The Federal Highway Administration issued a Finding of No Significant Impact (FONSI), approving the EA in 2007.

If you cannot attend the public meeting on June 6, but would like more information or to comment on the project, please send an email to the ITD Project Manager, Nathan Jerke, at nathan.jerke@itd.idaho.gov by June 20, 2019.