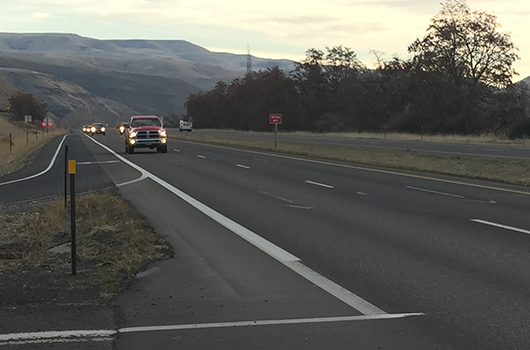 An independent team assembled by the Idaho Transportation Department to conduct a road safety audit on U.S. 12/U.S. 95 in front of Aht’Wy Plaza delivered recommendations yesterday.

They recommended an interchange, which is already planned for the east entrance, as the long-term solution to provide safe access from the plaza to the highway. The following phased options could be pursued by the Nez Perce Tribe with ITD before its construction.

Lowering the speed limit was considered but not recommended.

As part of the audit, the team evaluated road conditions and driver behavior. Factors not considered in the audit include construction costs, environmental impacts and right of way impacts.

A final report will be issued in three to four weeks. ITD will start assessing the viability of all recommendations with the tribe in the meantime.