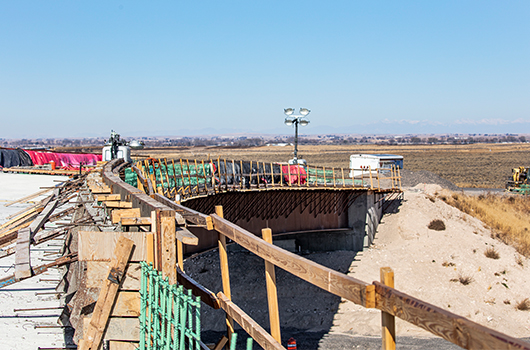 As early as Tuesday of next week (July 7), traffic will shift on Interstate 84/86 at the Salt Lake Interchange project. Motorists traveling on I-84 toward Pocatello will no longer be crossed over to the westbound lanes; instead drivers traveling westbound on I-86 toward Burley will be crossed over to join them on the same set of lanes.

“Shifting all traffic off the westbound lanes to the eastbound lanes will allow for crews to work on that side of the highway,” ITD Project Manager Travis Hitchcock said. “This new traffic pattern is really a mirror image/reverse of what drivers were doing previously, and we anticipate it will be in place for approximately seven weeks.”

Traffic will remain reduced to a single lane in each direction, and the turn offs toward Salt Lake City will remain the same as before.

This project is scheduled to finish by late 2020.

Drivers should still anticipate reduced speeds through the work zone and pay close attention to signage.