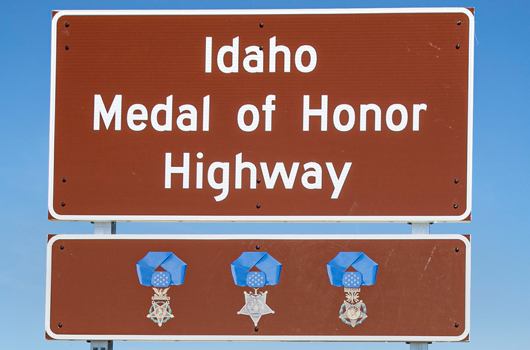 Idaho Governor Brad Little, Idaho legislators, representatives from the Military Order of the Purple Heart and the Idaho Transportation Department officially celebrated the renaming of US-20 in Idaho as a Medal of Honor Highway this morning (July 1) in Caldwell. 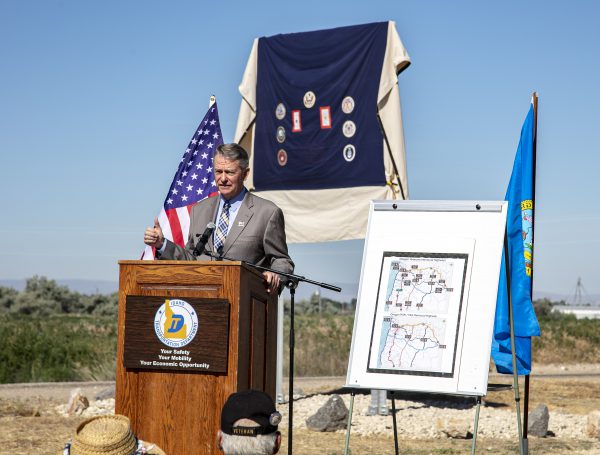 During the 2019 Idaho legislative session, a bill co-sponsored by Senator Abby Lee and Representative Scott Syme called for US-20 in Idaho to be renamed as a Medal of Honor Highway. After unanimous approval by the Idaho Senate and House, Governor Little signed that bill this spring.

“The official renaming of US-20 in Idaho recognizes past, present, and even future Medal of Honor recipients for their great bravery in service to our country,” Governor Little said. “The timing of today’s ceremony couldn’t be more poignant, just days away from Independence Day and the celebration of our freedom, which would not exist without the sacrifices of America’s Medal of Honor recipients and all veterans.” 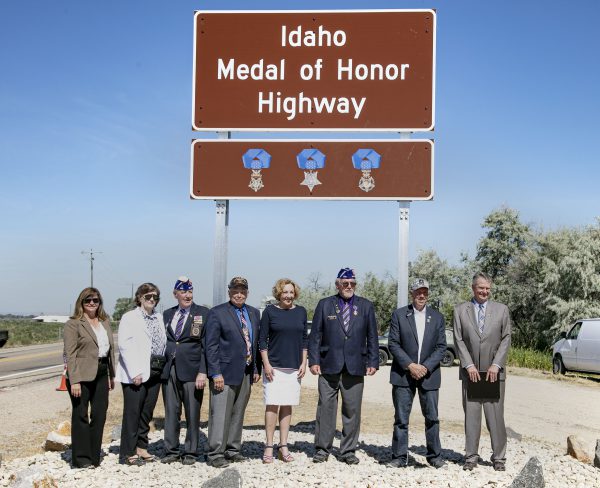 A ceremony and sign unveiling was hosted in Caldwell at one of the 11 locations across US-20 in southern Idaho, where new Medal of Honor signs will be installed.

US-20 in Idaho runs from the Oregon state line to the Montana border. The length of the highway spans from Oregon to Massachusetts.

The Military Order of the Purple Heart is working with each state that US-20 runs through with the goal of the entire length eventually being renamed a Medal of Honor Highway from coast to coast.

To earn the Medal of Honor, a member of the Armed Forces had to act with “with conspicuous gallantry and intrepidity above and beyond the call of duty at the risk of life during combat against an enemy of the United States.”