See the videos below covering Short Duration Operations for maintenance work and the experience from within the work zone.

Along with larger road construction projects, which are typically well-marked and have better visibility for drivers, the work of ITD’s highway maintenance crews also often includes a lot of Short Duration Operations. These can pop up anywhere, at any time. Whether it is a highway worker stopping to remove a shredded tire or animal carcass from the road, or performing maintenance work like an impromptu guardrail repair right next to the travel lanes, these jobs generally put workers closer to the road, and closer to danger – there is less time for the worker or the driver to take evasive action in those circumstances. Sadly, an ITD operator was killed just outside Arco during a Short Duration Operation, reminding us all of the importance of being safe and vigilant in all work zones across the state. 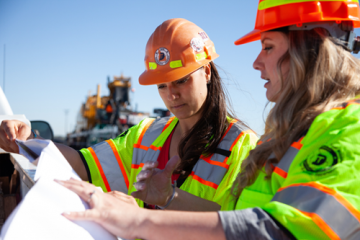 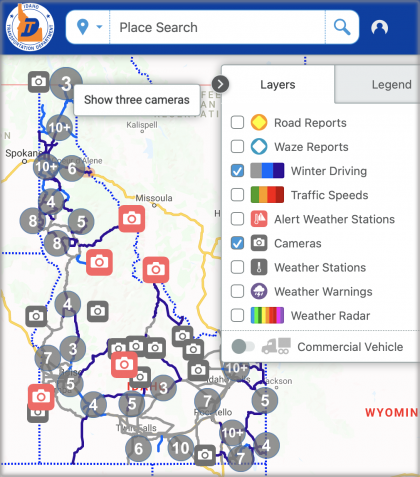 The **NEW** Idaho’s 511 road report has many great features.

The 511 Idaho map contains icons you can turn on and off in the Layers menu on the right side of your 511 screen (refer to image on the left). Check the box next to your preferred map icons and uncheck boxes to turn off icon details. After making your selections, click the arrow at the top of the Layers/Legend Menu to close it. 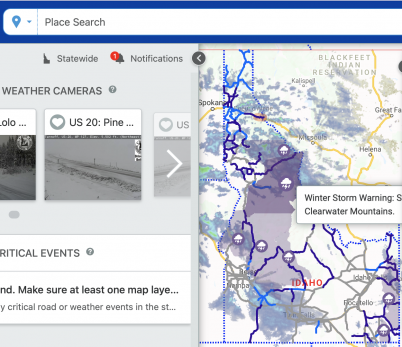 On the left side of your 511 screen (or below on a phone), you will see a collapsible tray showing severe weather cameras and critical events when they are happening in Idaho. Click the arrow at the top left of the tray to remove it from view (refer to image).

Zoom into the map to see more details in your areas of interest. 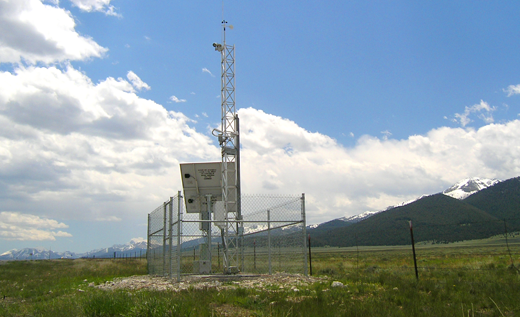 Using RWIS data, ITD crews have been able to keep roads clear and passable more than 85% of the time during winter storms. Back in 2010, that stood at just 28%. Go to the ITD Dashboard to see the latest report on “Time Highways Clear of Snow/Ice During Winter Storms.”

The “Move Over” law provided protections for police by requiring motorists to move over for law-enforcement personnel operating with flashing lights. Now drivers must also move over for other emergency responders to traffic incidents, too, such as tow truck operators using flashing lights in a stationary position. 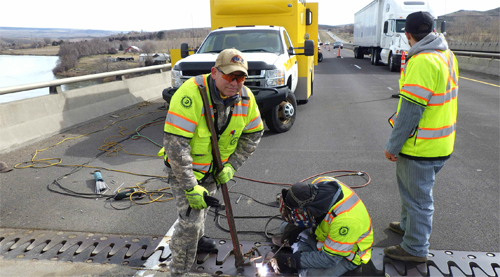 Typically, larger commercial vehicles are limited to a lower speed and axle weight.

When subjected to high speeds and heavy loads, soft spots begin to wear, eventually breaking up and creating potholes.

Motorists are urged to be patient when traveling on highways where limitations have been placed. 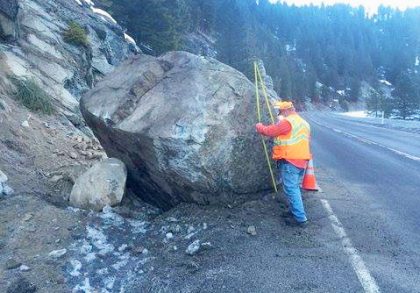 Every year, the potential exists for rockfall. If there’s moisture in the air, chances are pretty good there will eventually be rocks that tumble down to the road below. This is because when hillside soils get saturated by that moisture, they start to give way and can no longer hold back the rocks embedded in those soils. Precipitation in the form of snow, rain or even fog with a high moisture content increase the chances of a slide. 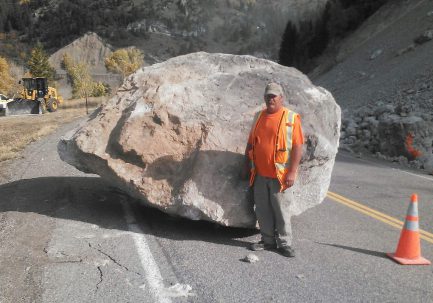 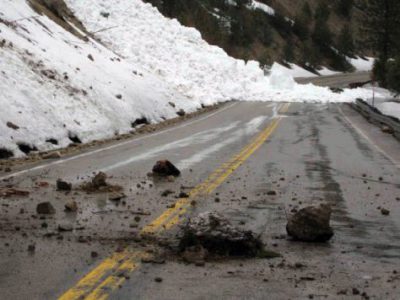 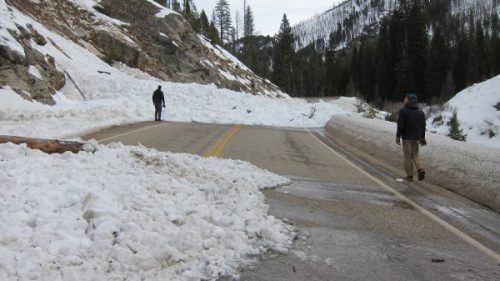 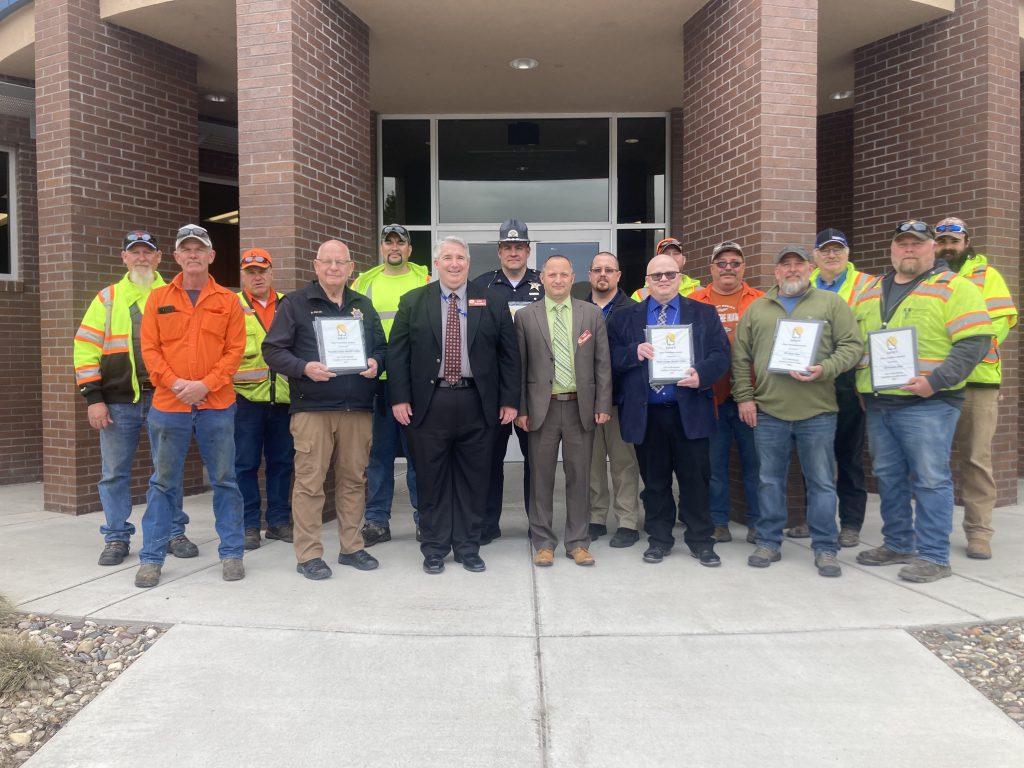 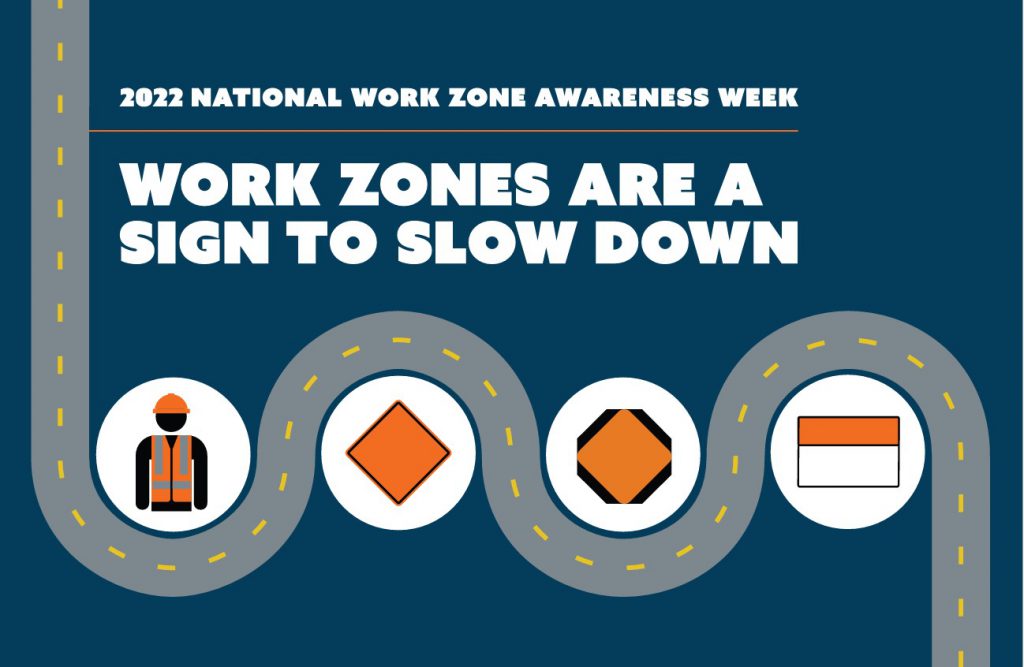 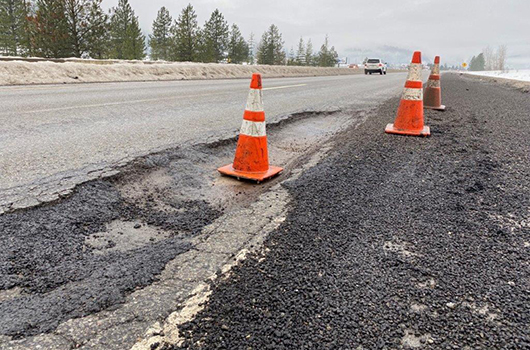 North Safety
Idaho State Police investigated the incident and cited the driver for driving under the influence, which as a first-time offense is a misdemeanor with a penalty of a $1,000 fine and a one-year license suspension.
Read More 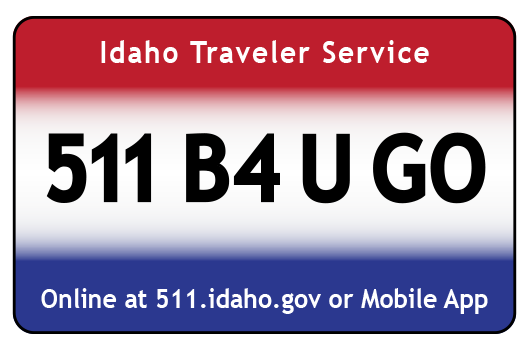 Inside ITD Safety
This week, ITD’s 511 mobile app for traveler advisories and information gets an upgrade. The new and improved app features...
Read More 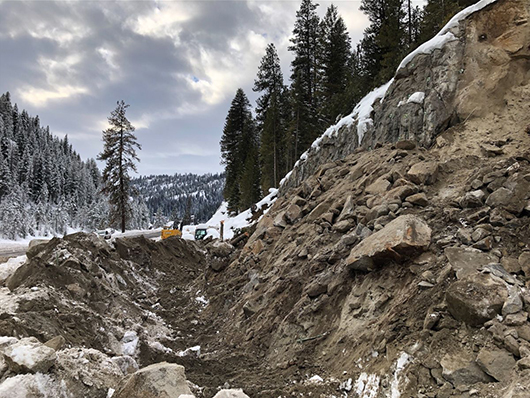 Safety Southwest
Late on Saturday, Jan. 22, a slide occurred just north of Smiths Ferry on Idaho State Highway 55. This slide was in a different section than the previous slide that occurred last fall and was much smaller in scale.
Read More 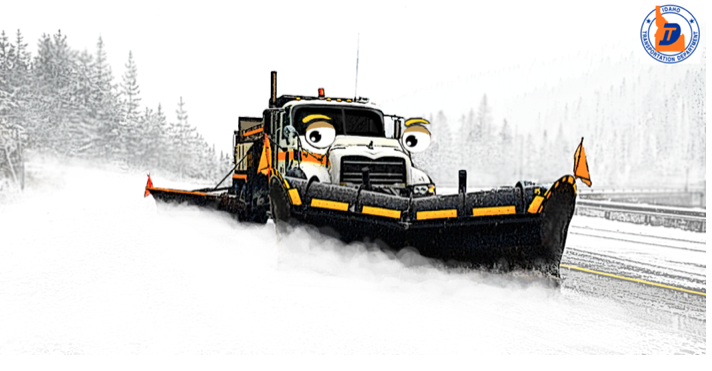 Inside ITD Safety
A concerted effort was launched in late December amid a dramatic spike in snowplow strikes around the state.The first vehicle...
Read More 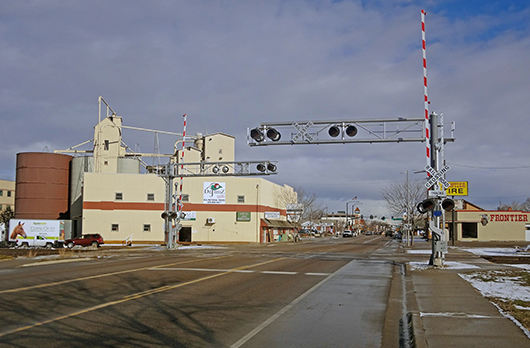 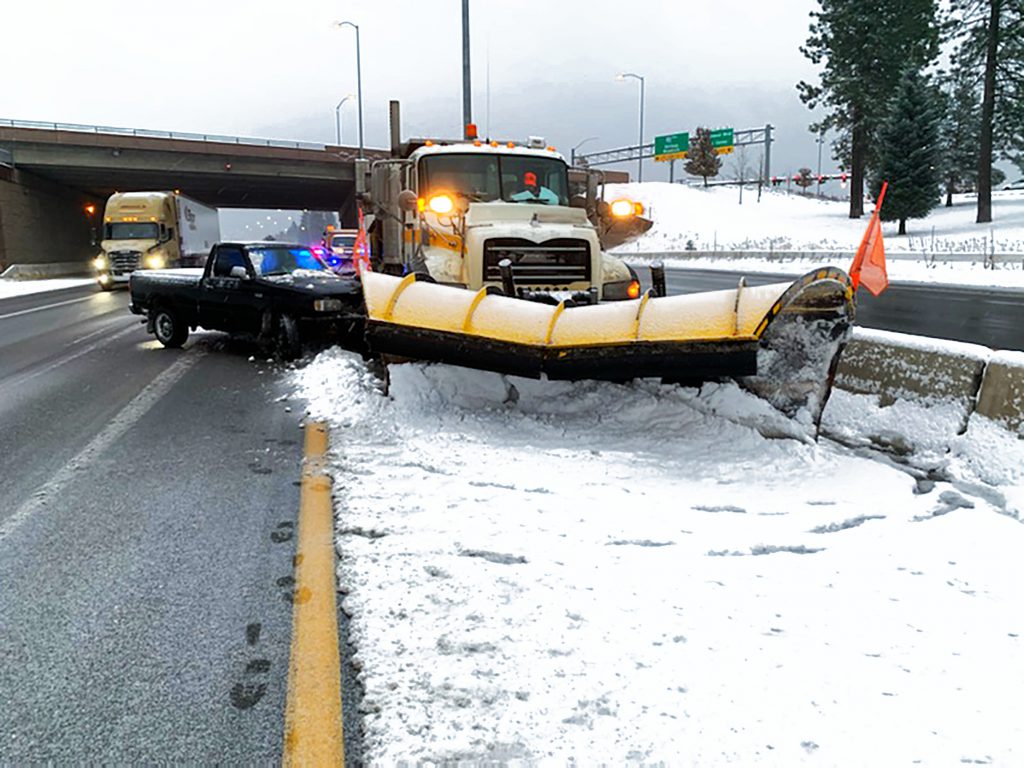 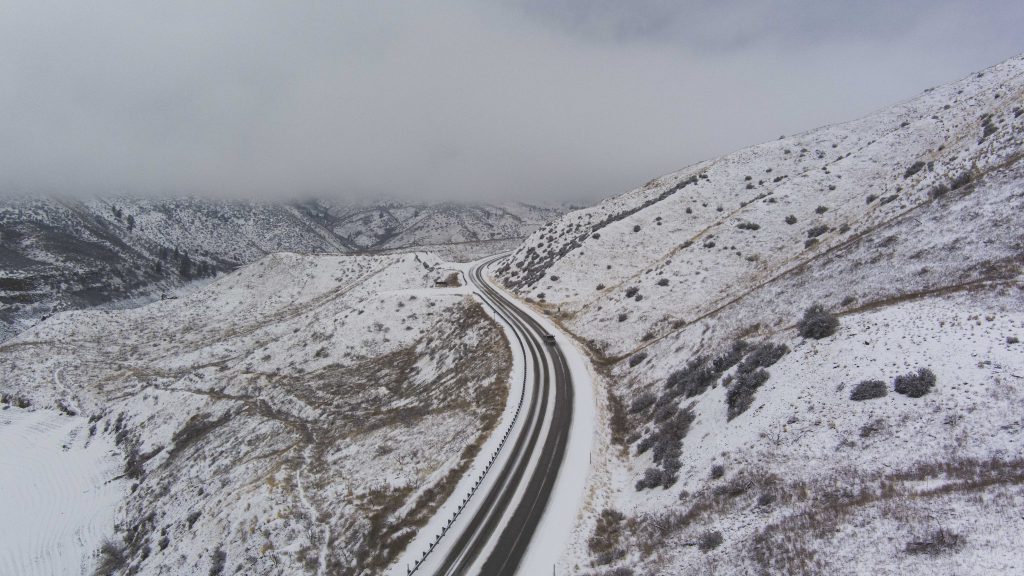 DMV Safety
According to OHS preliminary data, 254 people have died in crashes in Idaho so far this year, the most traffic fatalities in a single year since 2006.
Read More
1 2 3 … 11 Next »

Idaho History
Learn about Idaho history as you travel throughout Idaho. Watch for the Historical Markers as you drive Idaho.